Las Vegas Blues Hall of Fame Musician, Rick Berthod said of Soultone endorsee, Todd Myers “…this is a drummer who knows how to play small rooms with finesse and dynamics as well as big venues with showmanship, power and intensity… and he is also a great hang.” Recently Todd has been recording a full length LP with a collective group of artists called String Theory Project. He was hired based on his creativity and versatility in many genres of music.

STRING THEORY PROJECT~ A complete world musical journey.Working with musicians from every genre imaginable; Jazz, Rock, Blues,Americana Roots,American Primitive , World,Folk, Gypsy, and beyond. Adding each music piece to the perfect music puzzle…SPECIAL MOJO for MUSIC GUMBO. A rainbow of instrumental colors … A soundtrack of life

Todd collaborated with film makers, song writers, and multi string instrumentalists Mike and Larry Pedersen. Both the brothers liked how fast Todd improvised and came up with drum parts and percussion, which made for a great soundtrack for Cataract Gold. Vocalist Terry Reid said while recording the theme song, “The Road Goes On” for the film, “I really liked how you developed that ‘Be My Baby‘ flavored groove on the fly.”
One of Myer’s projects VIZWAAR is currently writing and rehearsing new material. This undiluted power quintet allows Todd to take his rhythms in challenging new directions. He’s also working with multi instrumentalist Scotty SJ on a free jam electronic/acoustic project called FLOAT. The two of them jam live and overdub and create unique videos for the masses. 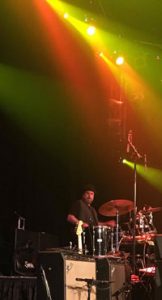